Get It! Photo Session with Nashville Artist Mickey Utley

Last Saturday, I had the distinct pleasure of working with Nashville recording artist Mickey Utley. The singer-songwriter recently released a new album, “Get It! Get It!” – an energy-filled compilation of country rock that includes seven all new, original songs. Mickey’s label, Tuff Duck Records, hired me to capture images that will be used to promote and publicize both the artist and his new release.

I hope you enjoy this exclusive, first-look at some of the images from our shoot (more back-story below): 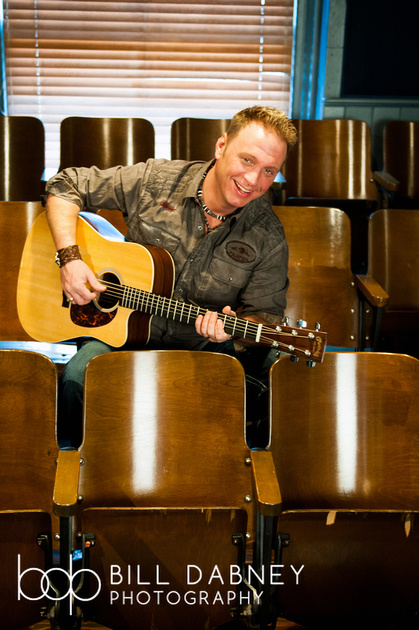 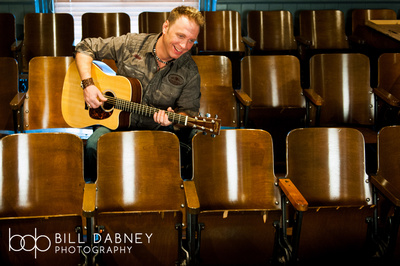 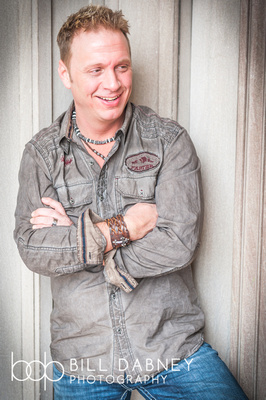 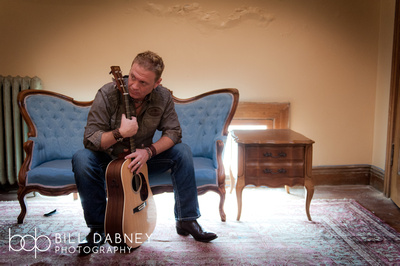 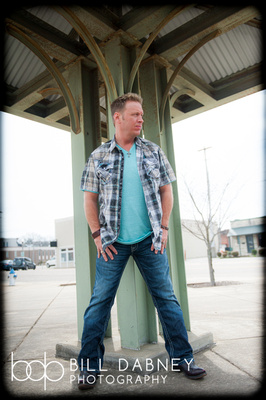 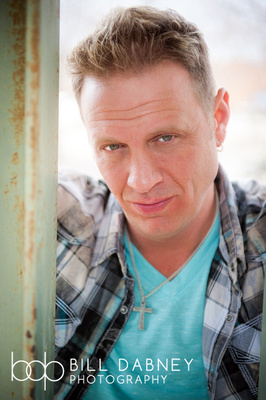 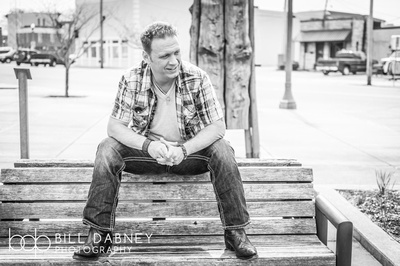 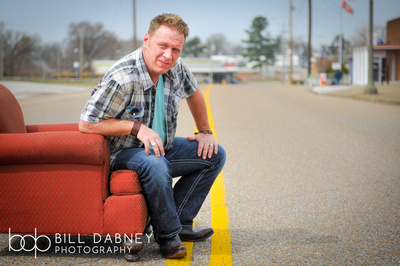 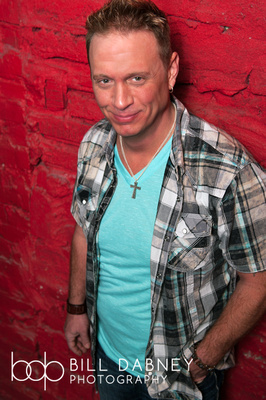 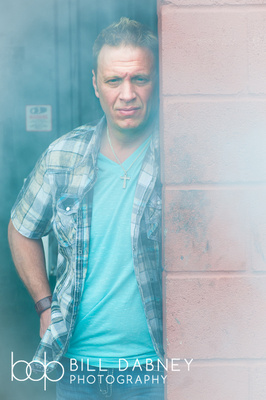 And, as promised, a bit of back story:

Most often on a shoot, it’s just the subject and me. For this one, however, I had an audience. Mickey arrived at the shoot with a small entourage that included his college-age daughter, a couple of representatives from his label, and the curator of our venue—all of whom had ideas for images. I love collaborative creativity!

During the shoot, Mickey cracked up several times when his daughter told him to try not to look constipated. I’m grateful to have had her along to generate some genuine smiles and natural expressions.

Several times during the shoot, Mickey suggested the setting. In fact, he discovered the blue couch in a closed-off room of our venue and knew instantly that it would make a great set for a shot or two.

At one point, he spotted a red chair in front of an antique shop across the street from our shoot and exclaimed, “What if we put that chair in the middle of the street?! That would be a cool shot!” I agreed and, before anyone could object, Mickey and I grabbed the chair, moved it to the center line, and shot off a few frames. It’s that kind of spontaneity that makes a shoot so much fun.

Late in the shoot, we stopped by a barbecue joint frequented by the Tuff Duck guys. This is the kind of place that has fresh pork grilling in the alley behind the restaurant, filling the air for blocks around with that tantalizing scent. Whenever the grill was opened, plumes of smoke would billow out. Always one to take advantage of my surroundings for a more interesting photograph, I suggested that Mickey stand where the smoke could be captured on camera, swirling in front of him. The result was some amazing images that lend themselves to great ad potential: “Mickey Utley—Nashville’s smokin’ hot singer-songwriter!” or “This boy is on fire!” The possibilities are endless.

I thoroughly enjoyed getting to know Mickey Utley and his people. If you get a chance, catch him in concert at a venue near you and, for more about Mickey, watch this short video.

Mickey Utley(non-registered)
Had a great time with Bill at the shoot. Very professional and talented to say the least
Tom Scott /Artistic Director, Tuff Duck Records™(non-registered)
I have known Bill for a very long time and when we were looking for just the right person for Mickey's shoot for the new CD on the Tuff Duck label there was no question who I wanted. I know that Bill is an artist, a performer AND a photographer. What he sees through his lens is not just a subject and a background, it is Bill's stage. He lights it, directs it, and moves his actors across it and from opening to finale he attends to every detail. Charles, the head of Tuff Duck was in agreement and the shoot was arranged. We could not have been more pleased and look forward to many more such projects.
Bill Dabney Photography
My pleasure Charles. Thank you for the opportunity!
Charles Freeman(non-registered)
In the hectic business of music very rarely do you get a chance to have a "stop and smell the roses" moment. Thanks, Bill, for giving us one. The shoot was fun, productive and we appreciate your kind words of support.
No comments posted.
Loading...
Subscribe
RSS
Recent Posts
Family Portraits: Rowan Oak with the Hotards Dabney Photography Gets Billboard Magazine Credit Wedding Photography: Claire Hearts Will Event Photography: Theatre Oxford Photoshoot: Headshots with Aspiring Model Petric Engagement Photography: Kathryn & Jordan The Friendship Phenomenon Event Photography: Rugby Reunion Get It! Photo Session with Nashville Artist Mickey Utley Welcome
Keywords
photography portrait advertising promotion publicity headshot talent celebrity event fashion
Archive
January February March April May June July August September October November December
© Bill Dabney Photography
User Agreement
Cancel
Continue